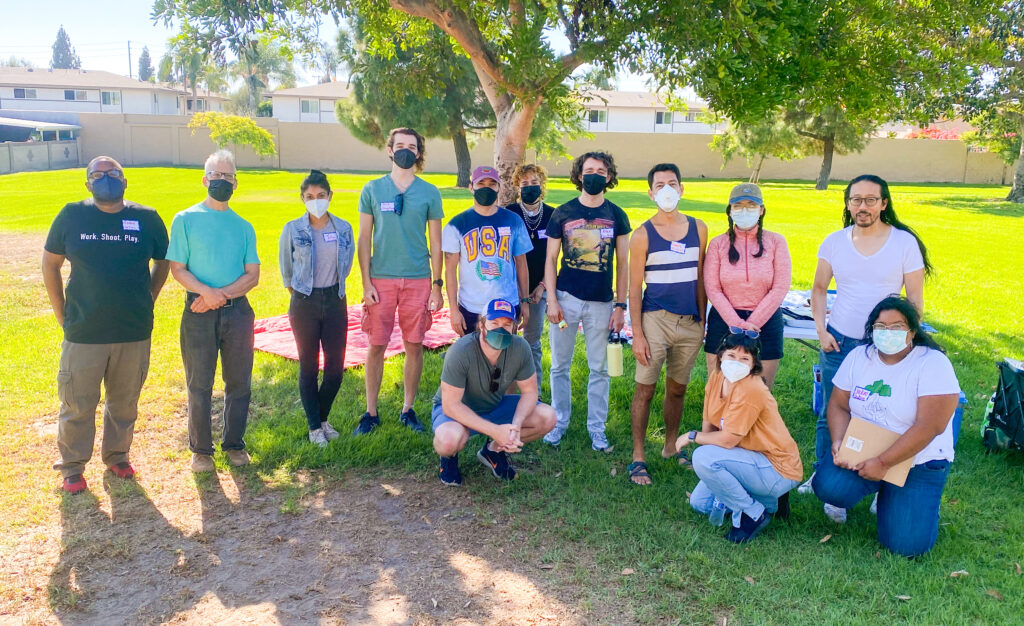 People are just as scared of you as you are scared of them. Once you overcome that fear you can have the most wonderful conversations with people you never would have expected meeting.

We’re a progressive country, but we’re also a voting-suppressed country. As a result, our elected officials are reflecting the communities they represent less and less. Despite historic progress in moving LGBTQ+ rights forward, we are at a critical moment where these wins are at risk of being overturned. More and more, the deciding factor in securing progressive victories in our elections isn’t how people are voting, but by the level of voter turnout itself.

This is why since 2008, the Leadership LAB has used deep canvassing to connect with infrequent voters (folks who have missed 1-3 of previous major elections), in order to help voters reflect on one of the biggest motivating factors to take action and vote – the love and hope they have in their own lives. Our work in Orange County during the 2018 midterms showed the impact of deep canvassing conversations with infrequent voters when 78% of the unlikely voters we spoke with ended up voting (compared to 62% of unlikely voters we didn’t speak to – that is a 16-point jump!)

In 2020, our work talking with voters in Philadelphia suburbs contributed to the highest voter turnout in the city in 25 years!

And today, we’re back in Orange County, connecting with voters to help increase turnout in District 45 – one of the most competitive districts in the entire country!

The Leadership LAB works to reduce prejudice and change voters’ hearts and minds. We have a national reputation for our success developing practical, positive, non-partisan, non-judgmental ways to connect with voters.