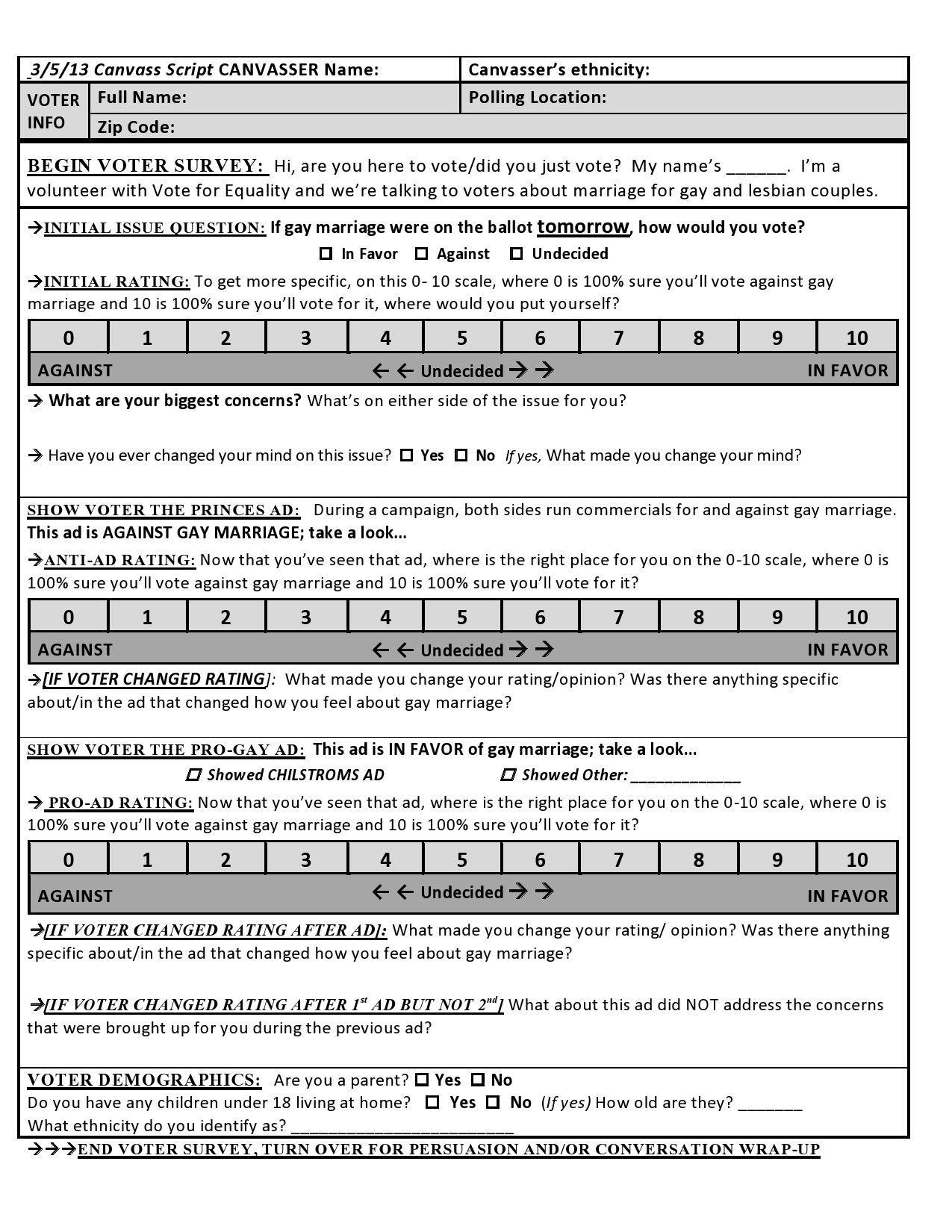 In January 2009, in the immediate aftermath of Prop 8, Leadership LAB staff and volunteers set out to develop a new way to talk to voters.  Faced with our community’s 32nd straight electoral loss on same-sex marriage, we were determined to find a way to not only win voters’ support but dismantle the prejudice that so often underpins their opposition.

Four and a half years, 67 persuasion canvasses, and 13,885 face-to-face conversations later we had discovered something remarkable: with a big team, a lot of support, and careful preparation, nearly anyone can spend fifteen minutes connecting authentically with a voter and change the way that voter feels about (and votes on) LGBT people in a profound and lasting way.

But it took a great deal of work to get there. The path to having these conversations was littered with pitfalls, and we fall into most of them first before we could learn to avoid them. Below is a record of that journey: every one of the nearly 90 scripts that we tried, revised or discarded, edited, and evolved through along the way. As we work hard to start that learning process anew on new issues and other forms of prejudice, we’re thrilled to look back and learn from we’ve been!